Having a fine handmade sidelock shotgun or rifle made for you is at the pinnacle of gun ownership, it stays with you forever.

For decades, the master gunsmiths from Eibar have made unique pieces that are true works of art. Each gun, even the entry level 209H being handmade using tradition methods that have remained unchanged for generations.

A new generation of craftsmen at Grulla Armas has renewed the commitment of quality and service that the brand has always offered.

The objective of Grulla is now the same as eighty years ago: To make the highest quality guns using traditional methods. Quality, not quantity.

The Grulla range of guns are equivalent in quality to many English makers such as Holland & Holland, Purdey and other such illustrious names. However with the price point being similar to AYA, they are far more attainable. 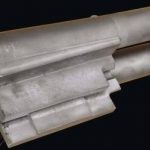 Do you know your Chopper lump from your Dovetail barrels? 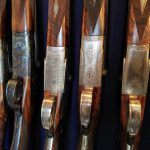 Download our brochure and keep informed about the latest events, news, products and prices